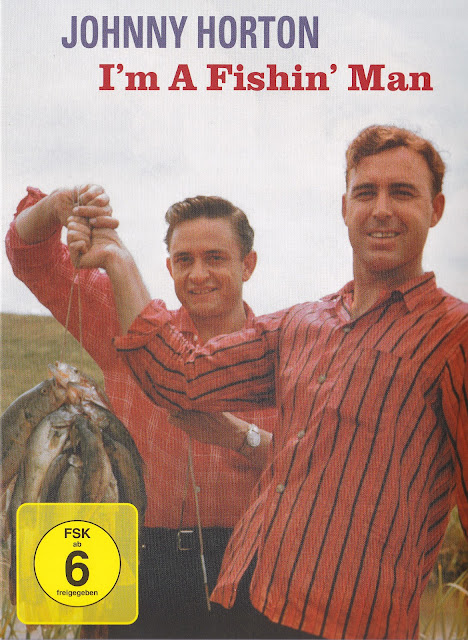 This DVD collects most of the known videotaped performances of Johnny Horton from very early in his career until just a few weeks before he died. There are 25 filmed performances and three bonus audio performances spanning the years from 1953 until 1960. He not only sings his biggest hits, North To Alaska, Johnny Reb, Sal's Got A Sugar Lip, Sink The Bismarck and of course The Battle Of New Orleans, but he also performs songs that won't be as familiar to collectors, like Electrified Donkey, Be Honest With Me (as part of a trio with Eddy Arnold and Molly Bee), and I'm A Fishing Man. Even though there are no published interviews with Johnny Horton, on this DVD he talks with the hosts of the Ozark Jubilee show, Red Foley, Bobby Lord, and Eddy Arnold. An essential complement to BEAR FAMILY's definitive history of Johnny Horton's recordings!

A LIVE SHOW IN DETROIT: September 1960: Sal's Got A Sugarlip / The Same Old Tale The Crow Told Me / The Battle Of New Orleans / North To Alaska / Sink The Bismarck